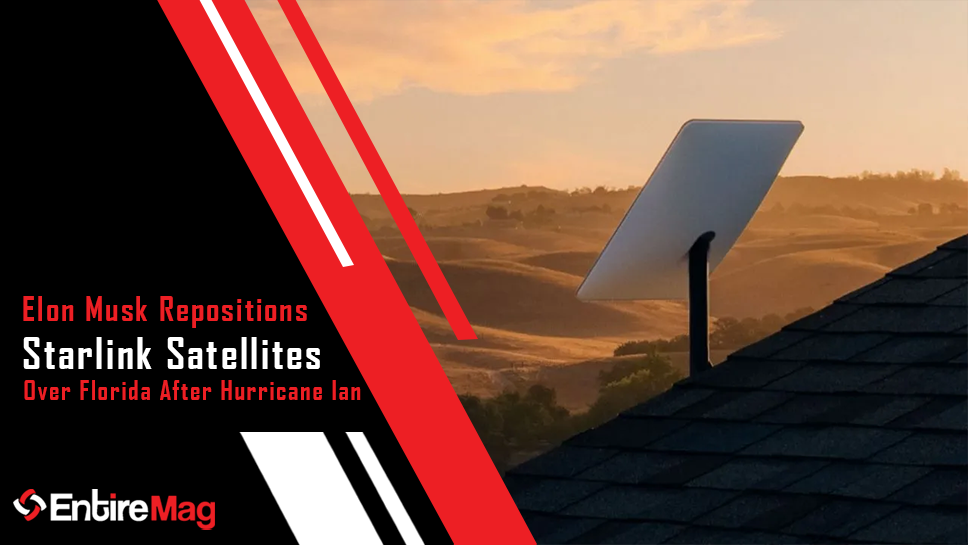 Hurricane Ian left a trail of destruction in Southwest Florida, leaving many people dead and injured without any homes. As one of the strongest and most impactful storms that hit Florida in history, it has definitely made a mark in the lives of affected Floridians. Unfortunately, many communities have also been disconnected from the internet due to the impact of Hurricane Ian. Now that we live in a world where the internet is already considered a necessity than a luxury, it’s been considered crucial for everyone to have access to the internet during calamities to seek help, communicate with loved ones, and more.

Last Saturday, Governor DeSantis announced that Elon Musk is donating 120 satellite units that can support more than 1,000 internet users within a 13-mile radius. This is excellent news, especially since it seems like it will take time before Southwest Florida can fully recover from the destruction.

Starlink is a satellite constellation developed by SpaceX, Elon Musk’s satellite communications and spacecraft manufacturing company. Its main goal is to provide fast internet coverage worldwide, especially for rural and remote areas where internet connectivity is nonexistent. As of writing, it is currently available in 32 countries, including France, Germany, the United Kingdom, the United States, Italy, and more.

How Does Starlink Work?

Just like any other satellite internet provider, Starlink uses satellite service technology to deliver an internet connection to its users. A satellite system transmits data over the internet via radio signals via open space rather than through cables like fiber optics. A single SpaceX Falcon 9 can carry around 60 satellites, and one Starlink constellation weighs around 573 pounds.

Satellite internet is generally known to have high latency. But Starlink aims to build a space-based, low-latency network to support fog computing technology here on Earth. It’s because the demand for low latency networks makes the challenge of building a global network in space a more difficult one.

How Fast Is Starlink Satellite Internet?

SpaceX’s Starlink can deliver up to 150Mbps of internet speed. While it’s not that much compared to other wireless internet types, like fiber or cable, it is a breakthrough for satellite internet that can only reach a specific speed. According to its website, it even offers latency as low as 20ms in most of its covered locations. Regardless, the company is still working to double its efforts to improve its internet speed.

Starlink kept its offerings simple with only three internet plans.

How Will Floridians Connect to Starlink

Starlink and the local government have still yet to announce the plan on how Floridians will connect to SpaceX’s satellite internet service. However, it usually works by installing a satellite dish, a dish mount, and a router so people can connect to the internet. It will possibly be scattered around the areas with no internet connection yet.

What It Means for Southwest Floridians

Satellite internet is mostly used in rural areas where more advanced types of internet are unavailable, such as fiber, cable, and DSL. It works almost anywhere, but it’s not as fast as you might be expecting. Fortunately, SpaceX will offer its revolutionary internet connection to those areas badly destructed by Hurricane Ian. So, make sure to stay updated with the local government’s announcement on how to access Elon Musk’s offered help to your area.

What SpaceX and Elon Musk did for Hurricane Ian’s victims is truly admirable. This isn’t the first time they provided a helping hand to a disaster-stricken area, like when they deployed Starlink terminals in Ukraine when Russia invaded them. During this time, having access to a fast, reliable internet connection is essential, especially if it’s used to call for help or communicate with your loved ones who might be worrying about you.

So, make sure to stay tuned for more updates regarding Starlink’s deployment to Southwest Florida. If you also want to help people in Florida who were affected by Hurricane Ian, please do so by reaching out to organizations that are accepting donations.

Digital content marketing contains technical jargon and acronyms that most people do not know. Getting a straight answer from any source can be frustrating,...
Read more
Tech

Introduction Tracking recalls registrations, warranty claims, thefts, and insurance coverage are all possible using the VIN. Modern vehicles are more complicated than ever. As a...
Read more
Tech

The Complete Guide to Trademark Monitoring

Are you protecting your business's intellectual property? If not, you could be putting it at risk.Trademark monitoring is the process of tracking any potential...
Read more