List of Events That Held in Rod Laver Arena 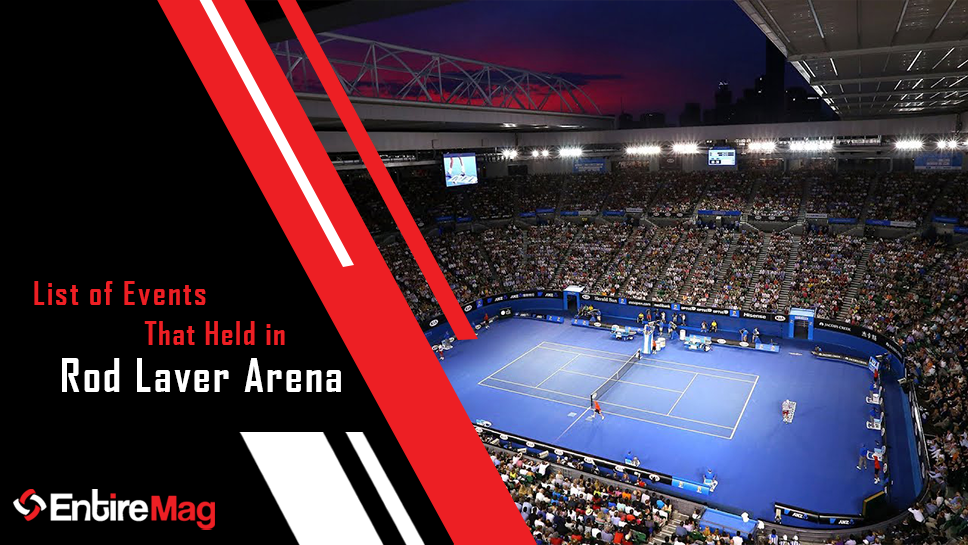 Do you love attending events? If so, then you’ll be glad to know that the Rod Laver Arena is one of the most popular venues in Melbourne for hosting a variety of events. This arena is located in the heart of Melbourne and can accommodate up to 23,000 people. It has been host to a wide variety of events, including music concerts, sports matches and more.

In this article, we will provide a list of some of the biggest events that have been held at the Rod Laver Arena.

Crazy Love (2009), his sixth studio album, was the inspiration for the tour. The tour has performed for almost a million fans in approximately 21 countries whilst touring Australia, America, Asia, Africa and Europe. The tour earned nearly $30 million in 2011, placing 16th in Pollstar’s ‘Top 50 Worldwide Tour’.

In promotion of her third studio album, Dangerous Woman, American singer Ariana Grande started her third concert and second arena tour, dubbed the Dangerous Woman Tour (2017). Ariana Grande revealed on social media on 23 May 2016 that she will launch a tour in late 2016 or early 2017 and that fans who bought her album before 25 May would receive a code to buy tickets ahead of time.

After Laughter Tour by Paramore

This is a fourth world tour called The After Laughter by the American band Paramore. On 19 April 2017, Paramore released their long-awaited fifth studio album and announced world tour dates. The lead single ‘Hard Times’ was finally given premier online on the 1st of May following months of anticipation for its release.

In 2020, Disney On Ice presents Dare to Dream was an entertaining winter show. For Australian families, this brand-new show was a fantasy come true. All members of the family were so delighted by the performers’ vision of magic, joy, adventure and camaraderie.

Billie Eilish—Happier Than Ever, The World Tour

The US pop sensation Billie Eilish will visit Australia and New Zealand again in September 2022, according to Chugg Entertainment, Frontier Touring, and Live Nation.

Eilish will bring her eagerly anticipated Happier Than Ever, The World Tour to venues in Auckland, Sydney, Melbourne, Brisbane and Perth on her fourth visit to the Antipodes. It will be the singer’s first live performance in both countries when she played to rowdy crowds in 2019.

Her highly praised sophomore album Happier Than Ever, which debuted at #1 on the Album Chart and is currently available via Universal Music Australia, accompanies the new shows.

‘No Regrets’ portrays an eloquent narrative of romance, sorrow and victory, taking the listener on a musical journey via songs dating back to Piaf’s early days as a singer. For fans of Little Sparrow and anything French, this is a must-see in Rod Laver Arena events.

With her creations, Nikki, an artist, writer and producer, has performed in front of sold-out crowds and received acclaim in cities like Edinburgh, Berlin and all across Australia.

With consistently sold-out performances around Australia and Asia, The King of Pop Show is considered the world’s best live concert dedicated to Michael Jackson.

The King of Pop Show will take you on a musical journey, reliving the best of Michael Jackson’s classic concert tours. Combined into one live music, dance and singing extravaganza. It is jam-packed with all the number one hits including Billie Jean, Thriller, Smooth Criminal and more.

In promotion of Angel in Real Time, Gang of Youths hosted concerts in Australia and Aotearoa, and Handsome Tours, TEG Live, WME and triple j were the sponsors. The performances took place in Melbourne’s renowned Rod Laver Arena last July and August of 2022, one of Australia’s most magnificent arenas.

On his spectacular Farewell Yellow Brick Road tour, music legend Elton John travelled to Australia and New Zealand from 2019 to 2020.

It was the iconic performer’s final tour that took place between December 2019 and February 2020. It featured visits to some of Australia’s most prestigious outdoor venues as well as concerts in the capital city of Canberra.

It featured their flawless and signature choreography with costume changes, trap doors and massive viewing screens.

Australian fans did experience the band’s pleasant-sounding vocal expertise performing their mega hits ‘As Long as You Love Me’, ‘I Want it That Way and Everybody’.

The Killers—Imploding the Mirage Tour 2022

The Killers will return to Australia in November–December 2022 as part of their Imploding The Mirage Tour 2022 and Frontier Touring is beyond excited. This will be The Killers’ first visit to the country since their 2018 Australasian tour, which featured 10 stadium gigs that were entirely sold out. The concert was originally posted in 2020 when COVID first stopped its vast global tour.

Brad Paisley will perform his first headline gigs in Australia and New Zealand, Potts Entertainment, Chugg Entertainment and Frontier Touring are proud to present such an exciting event. As one of the most accomplished and famous performers in the genre, Brad Paisley has etched his position in country music history as a global superstar.

Melbourne is a city that loves to celebrate and come together for events. Whether it’s a major sports game or one of the many festivals that take place throughout the year, Melbournians know how to have a good time.

If you’re ever in town during an event, be sure to check out what’s going on at Rod Laver Arena events—you won’t be disappointed!

Streameast: Is it Safe and Legal to use in 2022? What are good alternatives?

StreamEast is a popular free sports streaming website where you can watch matches, news, and events. It broadcasts various games from around the world,...
Read more
Sports

Are you looking for a great platform that offers unlimited and free NFL streams, NBA streams, NHL streams, and so on? Then you are...
Read more
Other sports

How Does Scoring in Badminton Work

Every match, regardless of whether doubles or singles are the most exciting of the three games. The team that scores 21 points first wins...
Read more