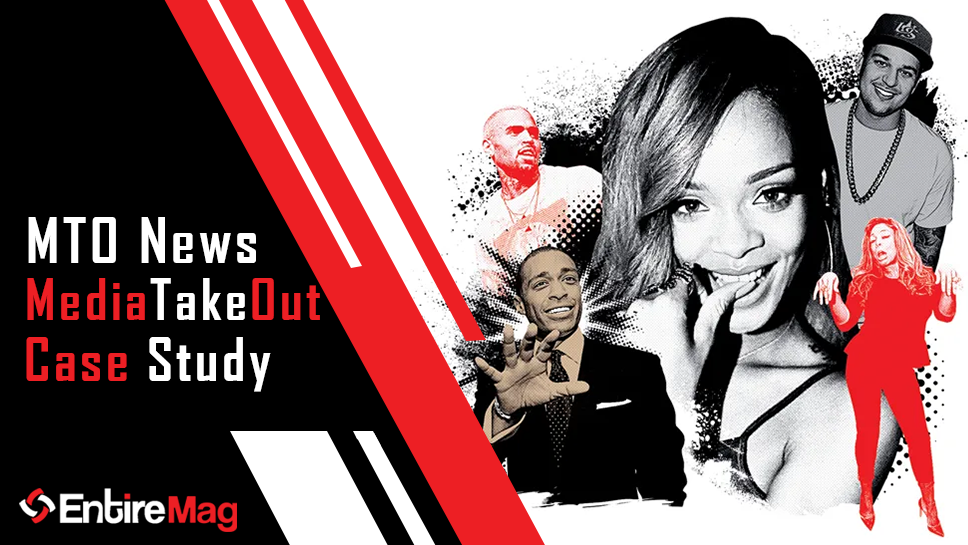 Following a career in corporate law, founder Fred Mwanguguhanga (mah-WON-gah-goo-HOON-gah) transitioned to the internet age and launched an online laundry service. This introduced the aspiring entrepreneur to the online advertising industry and laid the groundwork for his next act. Mwanguguhanga began blogging about celebrity news and gossip after selling his laundry business; mtonews exploded a few months later.

Today, MTO News is ranked among the top 20,000 websites in the world by Alexa, with over a million page views per month. It focuses on urban celebrity gossip by resharing news and breaking news from their sources and interviews. The website has been credited with breaking some of the most significant urban celebrity stories, including the Chris Brown-Rihanna assault.

Celebrity news is an estimated $3 billion industry that falls under the larger news and media category. Print publications, such as People and US Magazine, have traditionally dominated the industry’s market share. However, as the internet age progressed and self-publication via blogging became more popular, the industry shifted, giving rise to hyper-speed celebrity coverage. This ushered in a new era of online celebrity gossip that focused on breaking stories as quickly as possible. Websites like TMZ and Perez Hilton rose to prominence by generating massive amounts of web traffic, which translated into advertising dollars.

MTO News targets a different audience than traditional celebrity news websites, attracting a different set of competitors. The site specializes in African American celebrity news and does so in a way that is distinct from traditional outlets. Mwanguguhanga discusses in an interview how he wanted to give his audience a complete picture of urban celebrities, which he identified as a gap in celebrity news. He drew attention to the fact that African American celebrities, such as Beyonce and Jay Z, were featured in magazines such as People, but that publishers never gave them the same depth of coverage as, say, Brittney Spears and Kevin Federline. This was the void he desired to fill.

Given Mwanguguhanga’s motivations, MTOnews competes in celebrity news category for an urban audience. Rollingout.com, bossip.com, and thegrio.com are among the competitors, as are larger urban media players such as BET.

The Business Model of MTO News

MTO News, like most media and news organizations, makes money through advertising. Its advertisers benefit from a high-traffic, urban demographic readership that is uniquely engaged in the website’s content. Mwanguguhanga grew MTOnews web traffic to rival that of BET and other urban arms of multibillion-dollar corporations in its first few years of operation. Large advertisers, who were initially skeptical, came rushing in after seeing the website’s traffic numbers.

MTO News provides its readers with breaking news stories that are reported in a nuanced manner that speaks to their audience. The website has a network of sources that have provided the scoop on some of the biggest stories in celebrity news, thanks to the brand equity it has built as the leader in delivering urban celebrity news.

The Success Factors of MTO News

The success of MTO News can be attributed to several factors, including its emphasis on readership and its strong brand equity. When Mwanguguhanga first launched MTO News, he took a cue from technology companies like Facebook and Twitter and focused on building the readership rather than monetizing immediately. This enabled the site to grow to cater to its target audience. The decision to focus on urban celebrity news, for example, was based on data; as the website grew, it became clear that the urban demographic engaged with the content to drive more web traffic. Mwanguguhanga saw this and steered the company in this direction. The site was profitable after six months of operation.

The site was able to build its second success factor, strong brand equity, by tailoring MTOnews to its most engaged audience. Being mentioned alongside other large websites such as TMZ allows the site to command higher advertising rates and attract key sources for stories. Good sources for breaking news are essential for a site like MTO News because they drive readership. More readers and views equals more ad revenue.

Users are consuming news in a very different way as a result of the proliferation and evolution of social media platforms such as Instagram Live and TikTok. Users are receiving stories in their social media feeds rather than going to dedicated websites to read up on the latest news. To keep their audience engaged, MTO News will need to adapt how and on what platforms they deliver breaking news.

Suppose you have been injured in an accident. In that case, it is critical that you find the right personal injury attorney to assist...
Read more
Celebrities

Katianna Stoermer Coleman came into the limelight as the sister of the famous American actress, Zendaya Coleman. Katianna Zendaya is one of the Zendaya...
Read more