Promise Rings: What is it and When to Wear it? 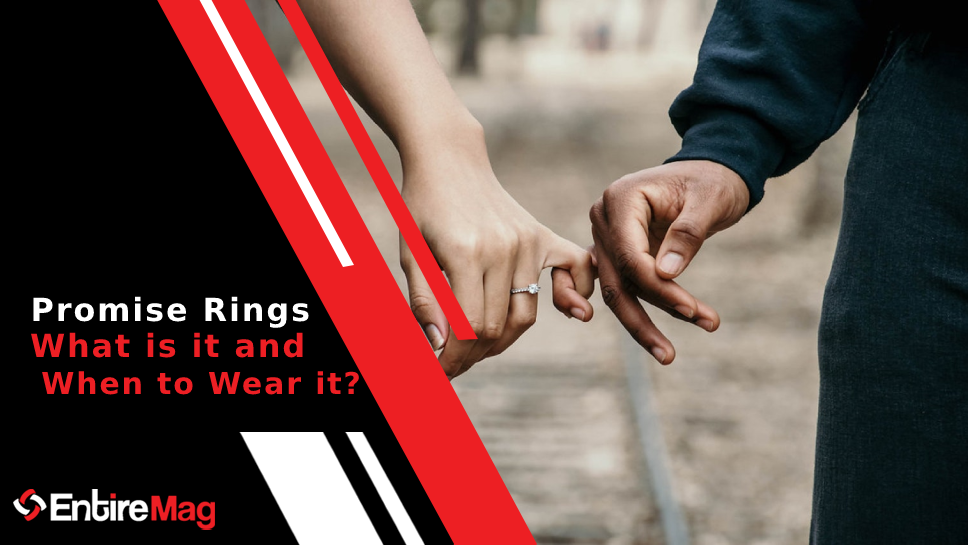 What is a Promise Ring?

Promise rings are becoming increasingly popular among couples who live together but have no immediate plans for marriage or do not intend to marry. They are worn to show the outside world that a couple is more than just dating and is in a committed relationship. To these couples, the legal or religious status of marriage is secondary to their personal commitment to the relationship.

A promise ring is typically given to a partner in a serious romantic relationship. It usually represents the giver’s loyalty and devotion to the relationship. Acceptance of the ring implies that the recipient promises to reciprocate. Although these are the most common meanings of promise rings, each couple decides what they are promising to each other and what their promise ring represents. While promise rings can be worn as pre-engagement rings, many couples do not view them as a step toward marriage.

What Does A Promise Ring Indicate?

The wearing of a ring to show loyalty and fidelity dates back to ancient times. A version of the promise ring known as a betrothal ring was worn by couples desiring to marry in ancient Rome. Special rings were worn in ancient Greece as a constant reminder of one’s beloved. To honor their loved ones, ancient Egyptians exchanged rings made of woven reeds or leather.

A type of promise ring known as a “poise” or “posy” ring was popular in England and France as early as the 16th century. These rings were frequently given as lovers’ gifts and were engraved with romantic poems. “Acrostic” rings were popular during the Georgian and Victorian eras. Colored gemstones were set in these rings to spell out meaningful words. The first letters of these gemstones in a ring, for example, Jade, Amethyst, Diamond, Opal, Ruby, and Emerald, spell out “J’adore,” which means “I love you” in French.

The publicity surrounding promise rings exchanged by celebrity couples such as Miley Cyrus and Liam Hemsworth, as well as Nick Jonas and Priyanka Chopra, sparked the current popularity of promise rings as a mainstream trend.

What Is the Distinction Between a Promise and an Engagement Ring?

A promise ring symbolizes a commitment to a serious relationship, but it does not imply that a marriage proposal and acceptance have occurred. Promise rings can have a variety of meanings depending on the couple’s preferences. An engagement ring represents a couple’s agreement to marry.

Is a Purity Ring the Same as a Promise Ring?

Purity Rings represent a personal commitment to abstain from sexual activity until marriage. They are either given to a child by a parent or purchased for oneself. Purity rings are typically made of silver and do not contain any gemstones. They are frequently engraved with a chastity message.

What Is the Distinction Between a Promise and a Couple Ring?

Couple rings are matching rings that are worn for entertainment purposes only. Couple rings, while they can be either fashion or fine jewelry, tend to have trendy designs and are often made from unusual materials. They are not given as symbols of profound devotion to a relationship. They are a more relaxed way of expressing a relationship.

Do only women wear promise rings?

Traditionally, a man would present a woman with a promise ring. Promise rings are now given and accepted by partners of any gender. A promise ring is also worn by both partners in a relationship, sometimes matching, sometimes not.

Promise rings are typically set with small diamonds or semi-precious colored gemstones and are smaller in scale than engagement rings. Instead of a single featured gemstone, they are frequently designed with a cluster of gems. Promise rings are also typically made of less expensive metals, such as silver and 10K gold, as opposed to 14K, 18K, or platinum. If marriage is in the future, the style of a promise ring should not compete with that of an engagement ring.

When Should a Promise Ring Be Given?

Promise rings are not the same as engagement rings, but they represent a serious relationship commitment. Before considering a promise ring, a couple should have been exclusively involved for a long time, often a year or more.

Before presenting a promise ring, it should be discussed. It should never be completely unexpected. Promise rings require a discussion about their exact meaning and promise. It is a contract. If you surprise your partner with a ring, he or she may believe you are proposing! This can cause consternation, as well as a bitter disappointment and hurt feelings. A major misunderstanding like this could ruin a special occasion to celebrate and honor a couple’s relationship. That is why it is critical to discuss beforehand what the promise ring represents.

Artificial Turf Artificial turf, or artificial grass, is a type of grass that is very easy to maintain and almost always looks good. It does...
Read more
Fashion

The finest gift toys for kids survive past the first joy that comes with tearing the wrapping paper off a present. Choose toys that...
Read more