Marriage With a Maid and Death Of Children: Facts About Camille Pissarro 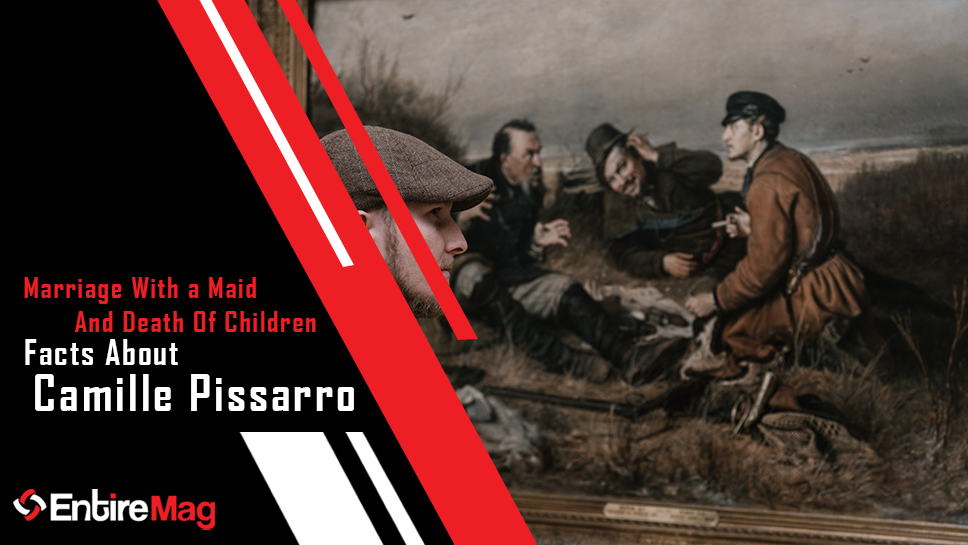 Camille Pissaro is a Dutch-French impressionist and post-impressionist painter from the 19th to 20th centuries. Camille had an interesting life growing up and becoming an adult.

Some parts of Pissarro’s life were good, and some were less glamorous. Regardless of their outcome, let’s examine some facts about the French impressionist artist Pissarro. But first, what’s an artist without their most famous works?

Below are ten of the famous Pissarro landscape drawings.

Pissarro Married, a Maid, Had Children and Lost His Work

As many artists did, and despite having a studio at the time, the artist Pissarro greatly loved working outdoors in the open air instead of in the darker shade of the studio. He loved to paint scenes of the natural world and village life using natural light.

Around this same period of his life, he met and started an intimate relationship with his mother’s maid Julie Valley. Pissarro and Julie had eight children altogether and got married in 1871. But unfortunately, his growing family was cut short by the Franco-Prussian War of 1870–71.

The war forced him and his family to run away from London. More unfortunate was their return after the war only to find that most of his works had been destroyed. Out of 1500 paintings, only 40 of Pissarro’s works survived the war. Camille Pissarro was a Father-Figure to Other Artists

During his lifetime, Pissarro had children, but he also had non-biological children and was a father figure to other painters. For example, while he was at Académie Suisse, he met with Paul Cezanne, Armand Guillaumin, and Claude Monet, and all four of them realized that they didn’t fancy salon paintings much.

This chance meeting inspired the creation of Société Anonyme des Artistes, Peintres, Sculpteurs, et Graveurs in 1873. They began with 15 aspiring and talented artists, with Pissarro, the oldest, automatically taking up the fatherly and encouraging role.

The first exhibition by this group marked the beginning of the impressionist era. As the movement grew and held sway, people began to see Pissarro as a father figure to various artists, including Paul Gauguin, Vincent van Gogh, Paul Cezanne, and Georges Seurat.

Usually, it was common for artists to exhibit only in one chosen impressionist field. What wasn’t common was when an artist exhibited for both sides. Of all the artists in history, Pissarro was the only one who exhibited at post-impressionist and impressionist shows, including all eight Paris impressionist exhibitions.

A year after the Société Anonyme des Artistes, Peintres, Sculpteurs, et Graveurs started in 1873, the society held its first impressionist exhibition. Society gave a welcoming place to artists who weren’t accepted at the Paris Salon. Camille exhibited his impressionist work here too.

With his Neo-impressionist paintings, you’ll notice that he returned to his Caribbean roots while working with Signac and Seurat. Pissaro painted peasant subjects with dots of pure color, especially in landscapes, while working in the fields. Woman Carrying a Pitcher on Her Head – Camille Pissarro

Pissaro was Born and Raised on the Island of St.Thomas

Pissaro began his early life as an indigene and resident of the Caribbean island of St Thomas. He was born on July 10, 1830, on the Dutch-occupied St Thomas islands in the Caribbean but is now a part of the United States.

The circumstances surrounding his birth were both controversial and unfortunate. His French father was of Portuguese Jewish origins and only came to the island to attend to his late uncle’s affairs. During this visit, he met his uncle’s widow and married her.

The arrangement wasn’t one the community and society wanted, and they considered the union controversial. Therefore, people stayed away from them, making them social pariahs. Moreover, it didn’t give Pissaro enough freedom to socialize with other children in his immediate community.

When he turned 12, Pissaro’s parents sent him to a boarding school in France, where his understanding and appreciation of French art began to grow. When he turned 17, he returned to St.Thomas and began painting the breathtaking landscapes and other parts of the island at every chance, producing the famous Pissarro landscape drawings.

At age 21, he finally got someone to mentor him and show him the ways of the art world. Danish artist Fritz Melbye lived on the island during Pissarro’s life and began teaching and mentoring him while they formed a friendly bond. After they met and started working together, they moved to Venezuela, where they worked together for the next couple of years.

His Love of the Outdoors Affected His Vision

As mentioned earlier, Pissarro favored painting outdoors rather than indoors. However, he developed an eye infection later that prevented him from working outdoors under the sunlight.

Due to this optical disability, the painter Pissarro was relegated to only painting indoors while facing out the window. He later died on November 13, 1903. His current burial site is at Père Lachaise Cemetery.

Father, husband, friend, and mentor Camille Pissarro was all these and more. Unfortunately, these facts aren’t all about the painter Pissarro. You should therefore research his life, become acquainted with his life and allow yourself to be inspired by this master of the art.